Common Traffic Violations and When to Fight Them 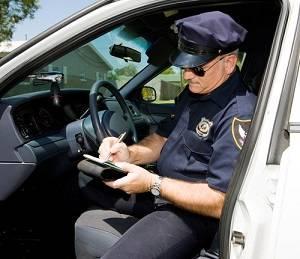 Despite the highly publicized cases of African-Americans being pulled over for traffic violations without due cause, in Illinois in 2010 the number of traffic violations for which a car was stopped was far higher among Caucasian drivers. The interesting statistic is that the ratio between stops and citations for Caucasians was much lower (meaning less citations were issued) than it was for other races. This means that if you pulled over for a traffic violation and are black or Latino, you are more likely to receive a traffic citation than if you are white.

There are also interesting statistics when it comes to the reason for the traffic stop. Nearly three-quarters of all traffic stops for Caucasians were for moving violations, compared with 18 percent of traffic stops for equipment malfunction and 8 percent for license/registration violations. These percentages are very different for minorities. Sixty-seven percent of minorities stopped were stopped for a moving violation, compared to 21 percent stopped for equipment malfunction and 12 percent for an issue with license or registration. Minorities were also more likely to be stopped for a longer duration of time than white drivers.

When you are issued a ticket for a traffic violation, you can either plead guilty/no contest and pay the fine issued on the ticket, or fight the ticket and go to court. In some instances, despite the cost of working with an attorney and other court-related costs, it may be worthwhile to fight it. This is especially the case if you feel that you have been pulled over or treated unfairly. If you have been issued a ticket and are interested in learning your options, the most important step is to speak with a qualified legal professional. Do not go through it alone. Contact an experienced Addison criminal defense attorney, serving clients in Maywood, Wheaton, Rolling Meadows, Bridgeview Cook County, and all surrounding Chicagoland areas,  today.