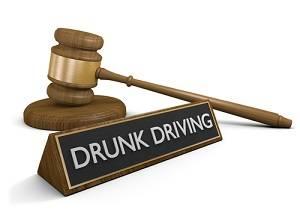 You probably had a realization at the moment you saw the police lights in the rearview mirror that a change was about to happen. Anxiety may have developed for the unknown and the uncontrollable as the officer approached your window. If you were drinking before you got behind the wheel of the vehicle, the stress perhaps was even greater. A DUI could change the course of your life not only because of the punishments involved but also because it becomes a matter of public knowledge until it is expunged or sealed.

There Are No Secrets Anymore

Gossip used to be the primary method anyone used to shovel up dirt on someone else. However, with the growth of social media and other informational resources, the information is available for anyone to discover without speaking to anyone or even leaving the house. Unless you are considered to be high profile, the information is not located on billboards or the nightly news, but the information is easily obtained. Several methods of learning about DUI arrest records are:

The Outcome Makes No Difference

In addition to the criminal penalties of a DUI, such as losing your license and jail time, the incident remains on your record for life. Even if you went to court and the case was dismissed or thrown out, the arrest appears on your record. Anyone will still be able to discover it and potentially use it against you for any of the following:

How to Clear Your Record

Individuals who have not been found guilty of, or pled guilty to, DUI charges, have a second chance offer. There are two methods to remove your record of arrests not associated with conviction. These are:

It is important to safeguard your future by speaking to an experienced DUI attorney. The best attorney for you will be able to use the details of your case and create a defense that can potentially have your case dismissed or receive lesser charges. A DUI charge can never be removed from a record once it has been filed, even after entering a guilty plea; however, there is a chance for expungement of lesser charges.

If you are interested in discussing your options with a professional and proven Maywood, IL DUI defense attorney, contact Stringini & Garvey, P.C. today at 630-834-9595 to schedule your free initial consultation. We proudly serve clients in Addison, Glendale Heights, Lombard, Bloomingdale, and all surrounding Chicagoland areas.