Is Ignorance of the Law a Valid DUI Defense? 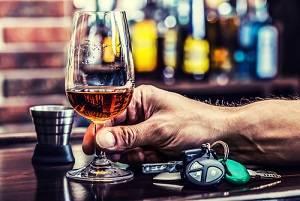 Many often say that ignorance is bliss. The phrase is used notably either about the period before any devastating news was received or when others know the truth of a circumstance and the person living in it is unaware and happy in their non-reality. This term also has applications in a variety of legal settings. However, can ignorance of the law be used as a defense for DUI in Illinois?

Ignorance as a Defense

In limited circumstances, ignorance or a misunderstanding of the law is applicable as a defense. As with any defensive strategy, the details surrounding the event are key elements. If the questioned behavior is not obviously wrong, this may be an avenue to consider when planning defense cases. Ignorance potentially may be a solution if the following qualifications are satisfied:

Is It Usable as a DUI Defense?

The adage that “ignorance is no defense for breaking the law” generally holds true in DUI circumstances. If someone is obviously and visibly intoxicated and their driving is impaired, ignorance or mistake of the law is not likely to be taken seriously by any judge. However, there is a possibility for other defenses if you were not severely impaired. Given the best circumstances and an experienced defense attorney, you may be able to cast doubt for the charges if:

With DUI and other criminal cases, it is important to have all of the facts. With the assistance of a proven and experienced lawyer who can provide legal expertise to your situation as well as the facts of your case, it is possible that the charges can be reduced or dropped entirely. As you can imagine, the outcome of this case can create an enormous impact on your future. If you are interested in discussing your situation with an Addison, IL DUI defense attorney, contact Stringini & Garvey, P.C. today at 630-834-9595 to schedule your free initial consultation. We proudly serve clients in Maywood, Glendale Heights, Lombard, Bloomingdale, and all surrounding Chicagoland areas.