Brace Yourself: DUI Season Is Coming 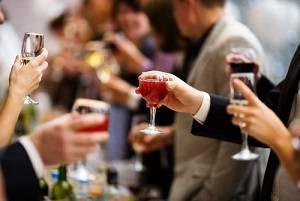 The numbers from recent polls indicate that the majority of Americans partake in alcoholic beverages, with beer and wine topping the lists for preference. Other research delves into the reasoning for the consumption, citing social pressure, isolation, and the psychological effects among the top reasons. However, the anxiety-reducing effects that alcohol often ranks above the rest. Many believe that during the high-stress holiday season between Thanksgiving Day and New Year’s Day has a direct correlation with the increase of holiday DUI statistics.

Although Independence Day took the top spot for the most deadly holiday of 2015 due to the amount of DUI fatalities, coming in closely behind it is “Blackout Wednesday.” If you have not found this date on your calendar, do not be alarmed, it is not an official holiday. Blackout Wednesday is unofficially coined and occurs on the Wednesday before Thanksgiving, Thanksgiving Eve if you will. Christmas Day and New Year’s Eve pale in comparison. Reasons this particular Wednesday resulted in nearly 400 DUI related fatalities in 2015 include:

During the holiday season when stress often reaches peak levels, many turn to alcoholic beverages to take off the edge. Not only that but holiday parties are in full swing and alcohol is often considered to be a social confidence builder due to its ability to reduce inhibitions. If you do partake in a boozy beverage or two, it is a good idea to have an alternate traveling plan to return home safely. Options to consider are:

If you are going out this holiday season, police will be out in full force looking for drunk drivers. It is best to avoid being pulled over while intoxicated, but if events occurred leaving you with no other option resulting in a DUI, it is important to contact an attorney immediately. Even if you see no way out, you do not have to accept your charges without further investigation. If you are interested in discussing the details of your case with a proven and experienced Addison, IL DUI defense attorney, contact Stringini & Garvey, P.C. today at 630-834-9595 to take advantage of our free initial consultation. We utilize our over 65 years of combined experienced to defend our clients in Maywood, Glendale Heights, Lombard, Bloomingdale, and all surrounding Chicagoland areas.