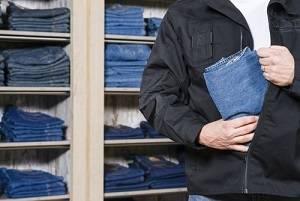 Retail theft charges may seem minor in comparison to the grand scheme of things. However, they are not taken lightly in a court of law. The retail establishment may choose to detain a suspect without involving police enforcement. One benefit for the store to not include the cops at first is they retain the ability to question without a lawyer or guardian present. The detainee is not under arrest nor do they face charges until the police are involved. However, once the owner or manager contacts local authority, the suspect then faces retail theft charges, requiring proper criminal defense.

If a store does decide to press charges, they have the option to pursue civil damages. Many stores have established working relations with local attorneys to send out civil demand letters, often demanding the payment of a fine. However, lawyers and store owners do not have the authority to levy a fine; that is an ability retained by the courts. If the issue goes to trial, merchants can recover damages for all of the following:

Criminal punishments in Illinois vary based on the severity and the amount of product stolen. Retail theft consequences include:

A conviction of retail theft can have a significant impact on the future. There are potential alternatives, including court supervision, deferred prosecution, or even dropped charges. Going into a court case without adequate legal counsel presents the possibility of walking away with a less-than-favorable outcome. If you are interested in discussing your case with an aggressive and proven Lombard, IL retail theft defense attorney, contact Stringini & Garvey, P.C. today by calling 630-834-9595. We utilize over 65 years of experience to defend our clients in Maywood, Glendale Heights, Addison, Bloomingdale, and all surrounding Chicagoland areas.