Posted on September 16, 2016 in Criminal Defense 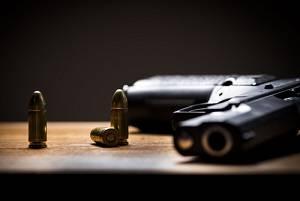 Controversial as the topic of gun control is right now, there is a constitutional right to bear arms. Illinois rates as a B+ for firearm safety regulations, which inevitably means that it is harder to own a firearm in Illinois than other states with lower scores. The higher standards exclude a significant portion of the population from the purchase of firearms. If you are eligible for gun ownership, there are limitations on the weapons you may possess. Citizens not following these regulations often face weapons charges.

To legally purchase or otherwise own firearms or ammunitions, the Illinois Department of State Police (DSP) must issue a Firearm Owner’s Identification (FOID) card. The process necessary to obtain a FOID is designed to weed out unqualified individuals due to safety concerns to themselves or others. The limitations that may result in ineligibility are:

Once you have qualified for and received a FOID card, you are welcome to purchase a firearm for hunting or home defense purposes. However, there are limitations to ownership, prohibiting:

Ownership or possession of a firearm that is illegal in Illinois can result in harsh punishments. However, it is a constitutional right to be able to protect yourself. If you or a loved one has been accused of a weapons crime, seek the assistance of an aggressive and proven lawyer. To discuss your situation with an Addison, IL criminal defense attorney, contact Stringini & Garvey, P.C. today at 630-834-9595 to schedule your free initial consultation. We proudly serve clients in Maywood, Glendale Heights, Lombard, Bloomingdale, and all surrounding Chicagoland areas.