Growing Your Own Medical Marijuana

Posted on September 22, 2016 in Criminal Defense 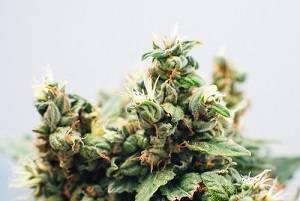 Illinois is one of the states that has legally approved the use of marijuana as a medicinal tool. However, under current regulations, to legally use the product, there are limited methods of obtaining cannabis prescribed by a physician. For many citizens, the cost of purchasing from a dispensary and even on the black market are too high, and they seek an alternative route to get the help the need. Growing the product at home is certainly the most cost effective, but doing so carries an increased risk of drug charges.

The Law on Growing Marijuana

The Medical Cannabis Project is in a constant state of flux. In most cases, the changes coming to the program are beneficial to the public. For instance, Governor Bruce Rauner signed SB 2228 on July 29, 2016, which instantaneously and effectually decriminalized possession of small amounts of marijuana. However, there are a few details of the project that still need to be reconsidered, such as the inability to grow your plants legally. Currently, the penalties are as follows:

Reasons It May Always Stay Illegal

Some of the top political experts believe that it may never be entirely legal to grow your own pot. The main reason cited for this belief is based strictly on money. Those who previously were adamantly opposed to the legalization of the herb have recently discovered that by distributing it themselves, they cannot only control it better but also earn some extra money for the state. Although this may not be the agenda of everyone, it certainly is a contributing factor. Other cited reasons include:

With that said, dispensaries are potentially safer from that point of view. By law, each location is mandated to send samples of each product to a specified lab for analysis. Lab testing enables each site to understand not only what strain of the plant they have but also what the concentration of cannabis they have, similar to a standard pharmacy.

If you are prescribed medicinal marijuana as a form of treatment for an ailment, just like any other prescription medication, it can be debilitating to go without it. Many prescribed drugs are impossible to replicate at home, leaving patients to suffer or pay the price. Marijuana is a plant that grows in nature and is capable of health benefits with little to no manipulation. If you have been charged with marijuana cultivation, it is beneficial to speak with a skilled professional about the details of your case. If you would like to discuss defense possibilities with an aggressive and experienced Addison, IL criminal defense attorney, contact Stringini & Garvey, P.C. today at 630-834-9595 to schedule your free initial consultation. We proudly serve clients in Maywood, Glendale Heights, Lombard, Bloomingdale, and all surrounding Chicagoland areas.