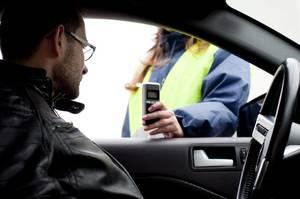 This requires the Secretary of State’s office to install a Breath Alcohol Ignition Interlock Device (BAIID) into any vehicle owned by the offender. This device also has a camera on it to capture an image as the driver takes the test. However, this does grant permission of the driver to drive anytime and anywhere as long as they are in that vehicle. An individual may choose to decline this privilege and abstain from driving during the set duration of the suspension, however, if that individual is caught for another DUI, it would be charged as a Class 4 felony.

Another new law that went into effect gives driving relief to those individuals with repeat DUI charges. These individuals are now eligible to apply for a Restricted Driving Permit during the statutory summary suspension. Other changes include:

Although laws are unbreakable, they do occasionally change. It is important to be aware of new laws and how they apply to you. However, sometimes that just is not possible. If you or a loved one have recently been charged with a DUI, we are here to help defend your rights and protected freedoms. It can be extremely beneficial to have a Maywood DUI defense attorney working for you.  If you are in the Addison, Maywood, or Cook County, Illinois area, please call us at 630-834-9595 for your absolutely free and strictly confidential consultation.