No Texting Versus Reasonable Suspicion 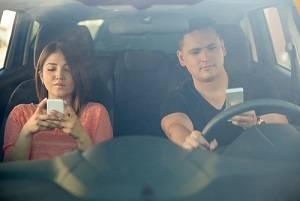 As of January 1, 2014, Illinois lawmakers passed a law banning handheld devices from all vehicles. With this followed a shift in police protocol. Prior to cell phone usage in vehicles, police focused on speeding among other vehicle traffic violations and, with reasonable suspicion, were able to issue citations. Since the addition of cell phone usage to the prohibited list, officers are on the lookout for distracted driving and the ever present cell phone glow. If they see a driver with their face down and a device in their hand, it presents reasonable suspicion to issue a citation. However, in the electronics age, everything glows and requires our attention, even devices installed in our vehicles. So what constitutes reasonable suspicion for a cell phone related traffic violation?

What the Law Entails

Illinois bans all cell phone use while driving at all for any age. However, as of 19 years of age, drivers are permitted use of a hands free device, including bluetooth, speakerphone and headsets. Yet, even the hands free devices have limited usage privileges. The following locations are illegal to use even a hands free device:

This does not incorporate the usage of a GPS or navigation system or a device that is either physically or electronically integrated into the vehicle itself. Along with these exceptions, there are a few others:

Texting while driving is considered to be a serious traffic violation and the penalties that follow can be hefty. In Illinois, the fine for texting and driving (distracted driving) is $75. However if they are caught doing it multiple times, the penalty then becomes a $150 fine as well as up to a license suspension.

As seen in a recent court case, officers are not able to pull someone over without reasonable suspicion that they are breaking the law, in other word using a cellular device while driving. In this case, an officer pulled the defendant over under suspicion that they were texting and driving. Once stopped, the officer found other reasons to arrest the defendant. However, in this case, the defendant was indeed not texting, as was proven by phone records. The defendant was granted an appeal. The judges cited that the government did not adequately prove that the officer had probable cause to even pull the driver over. They went on to further say that the behavior displayed was consistent with any number of uses that are legal use of a cell phone. They concluded that the traffic stop was not based on probable cause and reversed the original conviction.

We live in an age when nearly everything is electronic and so much that is electronic glows. Our phones, GPS, watches, tablets, e-readers and even the occasional digital camera. There are many children’s toys that also glow. Therefore, unless there is hard evidentiary proof that a text was indeed being typed or read at the moment of the stop, any number of things could have been occurring. You may have been glancing down at at a map on a GPS, silencing a phone call or simply putting it on speaker phone. With such range of things that our devices can do, it is very difficult to prove such violations even occurred. If they are unable to prove it, then they are also not permitted to do searches of your vehicle, as there is no probable cause.

If you have recently been issued a citation for a cell phone related traffic infraction, an aggressive defense attorney will be able to help. If you are in the Cook or DuPage County, Illinois area as well as surrounding cities, we will be able to assist you in your case. Contact our Addison criminal defense attorneys, serving clients in Maywood, Wheaton, Rolling Meadows, Bridgeview, Cook County, and all surrounding Chicagoland areas. Call Stringini & Garvey, P.C. today at 630-834-9595 for your free initial consultation.