Mind Your Manners and Avoid a Speeding Ticket

Posted on November 25, 2016 in Traffic Violations 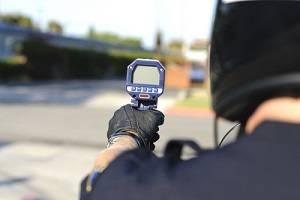 Operating a vehicle in excess of the speed limit is strictly prohibited by the laws of Illinois. Truthfully, speeding is illegal no matter your state of residency. However, it is within the rights of the attending police officer to decide to issue a warning or a citation based on the current situation. As the driver of the vehicle, you have the ability to help sway the outcome in your favor.

First and foremost, bear in mind that your behavior does not always have an effect on their decision. The officer may have a bad mood, and a citation will be issued regardless, because, in their opinion, you deserved it. Of course, opinion is not indicative of fact, and we are glad to help you sort out those predicaments. Also, state police, highway patrol, and troopers are all more likely to stick to the law and issue a ticket. The general rule of thumb is, “treat others as you would like to be treated.” Imagine how you would react if someone approached you in a confrontational manner. Would you be likely to help them out or stand your ground?

The following actions have assisted many Americans in either lessening the citation or only getting a warning. These are:

As previously mentioned, there are those instances that no matter your behavior, that citation will be issued. Again, mind your manners because the more argumentative you appear, the harsher the punishment can become. Even if you believe that you are guilty, the punishment may not need to be as harshly administered and is worth disputing. If you are interested in discussing your situation with a Maywood, IL speeding ticket defense attorney, contact Stringini & Garvey, P.C. today at 630-834-9595 to schedule your free initial consultation. We use our over 65 years of combined experienced to defend our clients in Maywood, Glendale Heights, Lombard, Bloomingdale, and all surrounding Chicagoland area.