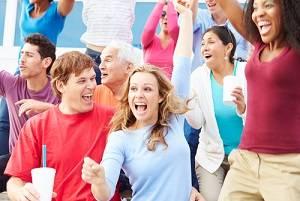 Sporting events of any kind seem to go hand-in-hand with the consumption of vendor stand food and alcoholic beverages. For years, venues for large events overprice product and still fans flock to the vendors in droves to buy all they can carry back to their seats. Often, patrons drink more than their usual amount. Season after season, officers wait outside stadiums across the country to spot those who had a little too much fun, resulting in a significant number of DUI.

Fault often rests on the shoulders of sites agreeing to sell alcohol to the point of impairment, putting not only their fans at risk but also the citizens of the hosting city. Although occasions such as these result in a substantial amount of revenue, there is also a significant amount of liability of the employees and property itself. Illinois Dram Shop laws can hold vendors selling alcohol accountable if an intoxicated patron ends up dying or killing someone else on the way home. Therefore, vendors and venues are cracking down on drinking responsibly, enforcing rules such as:

Unusually high DUI rates follow National Football League (NFL) games. Therefore, the league seeks to reduce the number of adverse incidents following their events. Safe ride programs are being instituted around the country and are even teaming up with Uber to ensure that fans make it home safely. Options available in the Chicago area for after Bears games are:

Other cities have gone so far as to agree to pay for inebriated fans to arrive home safely and having Uber sponsored tailgate parties.

If you have tickets to attend a sporting event at a stadium or are watching the game at the bar or a friend’s house, it is important to arrange your ride before you drink. Police officers often target the large congregations of fans on their way home after the game, starting at approximately half-time. Often, drivers are pulled over under suspicion and end up talking themselves into legal trouble or even fail a breathalyzer due to faulty equipment. All of the intricate details of the event are pertinent information for the defense of our clients and we want to know them as soon as possible to better the chances of a favorable outcome. If you are interested in discussing your situation with a

If you are interested in discussing your situation with a skilled Maywood, IL DUI defense attorney, contact Stringini & Garvey, P.C. today at 630-834-9595 to arrange your free initial consultation. We serve clients in Addison, Glendale Heights, Lombard, Bloomingdale, and all surrounding Chicagoland areas.