The Fourth Amendment and DUI Stops 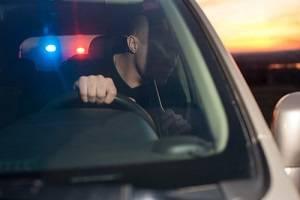 Consider any traffic stop in which you were a party. Even in a simple stop for something such as a broken tail light, this formality is a form of a seizure, which is protected by our Fourth Amendment rights. When a stop is performed without just and reasonable suspicion, any following charges should be deemed unconstitutional and be dismissed, even in cases involving DUI. However, these sort of outcomes depends on favorable circumstances coupled with a knowledgeable attorney who has the ability to use them to your advantage.

The Fourth Amendment protects citizens against unlawful searches and seizures, including arrests, and demands a court-issued warrant even in cases with probable cause. However, a loophole exists in which if the officer believes the driver or general public are in danger, a warrantless stop is permissible. Reasonably suspicious activities are not clear-cut or defined for cops, offering ambiguity that allows an officer to use their judgment given the present circumstances. If the stop is improper, the stop itself and any resulting evidence are challengeable. Possible defense include:

Think back to the circumstances surrounding your particular stop. In incidents beginning with something small like Improper Lane Usage (ILU), the officer might have suspected DUI and had no proof. Upon pulling you over, they accumulated more evidence for utilization in DUI charges. Cops notoriously watch the outer walls of the tires on a passenger vehicle waiting for them to cross one line or another, using one oversight as the basis for the stop. In reality, even the ILU is not enforceable in many of these cases. Once the initial stop occurs, officers use other clues to build a DUI case, such as:

The Officer Behaved in an Unconstitutional Manner

If you face DUI charges and believe the officer use improper police protocol to obtain evidence illegally, it is important that you communicate these concerns with a proven and aggressive attorney. Officers create reports at the end of each incident, enabling to create the report using all of the final evidence at hand. Through the use of dash cameras and body cameras, the truth is discoverable. If you are interested in discussing your case with an experienced Addison, IL DUI defense attorney, contact Stringini & Garvey, P.C. today by calling 630-834-9595. We utilize over 65 years of experience to defend our clients in Maywood, Glendale Heights, Lombard, Bloomingdale, and all surrounding Chicagoland areas.