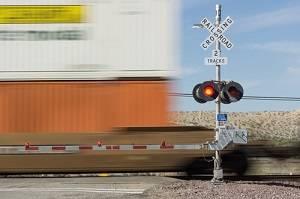 It is no secret that trains have the ability to create a massive amount of damage if any part of their operation goes awry. The fact that a driver is 20 times more likely to die in a crash involving a train rather than another motor vehicle makes awareness of the safety regulations and laws regarding railroad crossing imperative for safety. Illinois is the epicenter of the comprehensive rail system throughout the United States, with 41 companies currently operating in the state. The number of injuries involving railroads and traffic violations increased in 2015 prompting a crackdown on the laws surrounding railroad crossings.

Statistics Leading to the Increase

The number of railroad crossings in Illinois is staggering. When attempting to do a search of all of the intersections - public, private, and pedestrian - in Cook County alone, we returned with a number greater than 2,500. Statistics of incidents at railroad crossing such as these are as follows:

Failure to Stop at a Railroad Crossing

The familiarity of the signals that an oncoming train approach are second nature to Illinois residents. The intensity of the amount of highway mixed with the number of railways in the state puts the responsibility on the Illinois Department of Transportation to ensure functioning safety equipment. It is the responsibility of the motor vehicle driver to stop further than 15 feet from a crossing, but no further than 50 feet away, in the event of an oncoming train. Indications are as follows:

The law denounces going around, through, or under any opening or closing barrier at a railroad crossing.

Traffic violations are added to a record and can stack up against you, requiring higher insurance rates and other additional penalties. With too many points on a license within a year, a license can enter into suspension status. It is always advisable to consult with an experienced lawyer to explore your options given your current situation. If you are interested in discussing alternatives with a proven and aggressive Addison, IL traffic violation defense attorney, contact Stringini & Garvey, P.C. today at 630-834-9595 to arrange your free initial consultation. We utilize over 65 years of combined experienced to defend our clients in Maywood, Glendale Heights, Lombard, Bloomingdale, and all surrounding Chicagoland area.