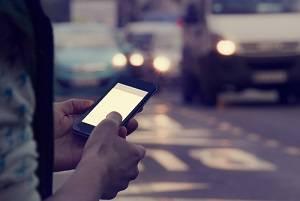 Warrantless cellphone searches occur more often than they should, which is not at all. Often it occurs when the police officer is using the device to “contact immediate family”, as in the case of The People v. Robert Butler, yet it happens in other instances as well. Most of the time, this does not present too much of a problem. The problem arises when the officer crosses a boundary and stumbles upon unrelated information and uses it against the very person they initially were assisting. This trespass on a citizen’s privacy is exactly what is protected by our Fourth Amendment rights. When a situation like this arises, it is very beneficial to have a firm understanding of your rights.

In the case of the People v. Robert Butler, an officer witnessed a shooting victim being “pushed” out of the passenger seat of a vehicle in the hospital parking lot. Upon coming to the victim’s aid, the officer attempted to “notify the family” by confiscating the victim’s cellular device. Instead of going into the ‘contacts’ portion, the officer “accidentally” went into the messaging option, where a text was sent just two hours before saying, “I needa pipe cuzz, asap”. In this statement, ‘pipe’ is slang for handgun, as the defendant testified in court. According to the testimony of the police officer, that is when he (the officer) stopped trying to find the ‘contacts’ list and began to obtain a warrant for further investigation. This was justified because when reviewing reports of gunfire, no shots were fired at the location that the defendant said he was shot at. There was, however, a report of a shooting at another location.

After the warrant was approved, the investigation returned with enough information to link the defendant to the shooting at the other location. He ended up being convicted of second-degree murder although the only evidence that linked him was his admission that he was really there, claiming to be a witness, and this text message. There was no gunshot residue, no gun was found on the defendant, and not a single witness was able to identify him out of a lineup and named other people as the suspects. He appealed the ruling and won. The appellate court agreed that:

What You Should Do

In the event that an officer obtains possession of your phone, the officer potentially has nearly every moment of your life in their hands. Think back on everything that you have done in the last few years since you have had that phone, that Facebook account, or that email address. How much incriminating evidence would they find if given unlimited opportunity to sift through your files? The outcome could be devastating to some. The majority of adults in the United States do own a cell phone and use it fairly heavily for communication and photo storage. Therefore, it is of the utmost importance to keep your device in your possession.

If an officer does happen to come across your phone, there are a few guidelines that may be useful. Some of these are:

If you are in a criminal case and the prosecution may have some “dirt” on you in the form of evidence from your cell phone, you may be able to get that information suppressed during the court process so that way the evidence can not be used against you. In cases like these, it is extremely beneficial to have an attorney with experience. Not only that, but having an aggressive attorney who is willing to speak up and fight for the rights you deserve can make a substantial difference in the outcome of your case. Contact our Addison criminal law attorneys, serving clients in Maywood, Wheaton, Rolling Meadows, Bridgeview Cook County, and all surrounding Chicagoland areas.